Want another word for Led to use on your resume? Our team's compiled the most effective action verbs and synonyms you can use instead of the overused resume phrase, "Led". 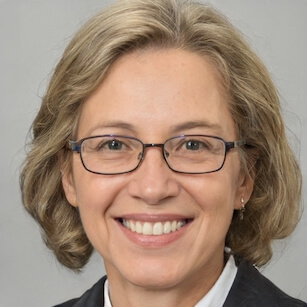 To effectively display your leadership skills in terms of managing a team or group of people, you should use the word 'Led' in writing your resume. It shows that you can organize and delegate tasks, motivate people, and set goals—which can make you an asset to any company.

'Led' is a concise way to talk about leadership without going into too much detail. But you shouldn't use the same action verbs in your resume. If a recruiter reads through several of your bullet points that all use the same word to start, they are likely to grow bored and determine that your skills are limited.

Instead, you should use other words that describe the same actions and skills as led. Try using synonyms like piloted, planned, programmed, superintended, or steered.

Using synonyms is a great way to make your writing more engaging and dynamic. It also helps break up the monotony of reading long paragraphs of text that are all about the same thing.

I've compiled some synonyms you can use instead of Led on your resume.


How to replace Led with a stronger action verb:

Let's look at a before and after example of how you can remove and replace the overused phrase, Led, with a stronger synonym and alternative that is more effective at highlighting your achievements.

We've put together an infographic to give you more examples of how to put this into practice. Note the use of strong action verbs instead of words like Led. 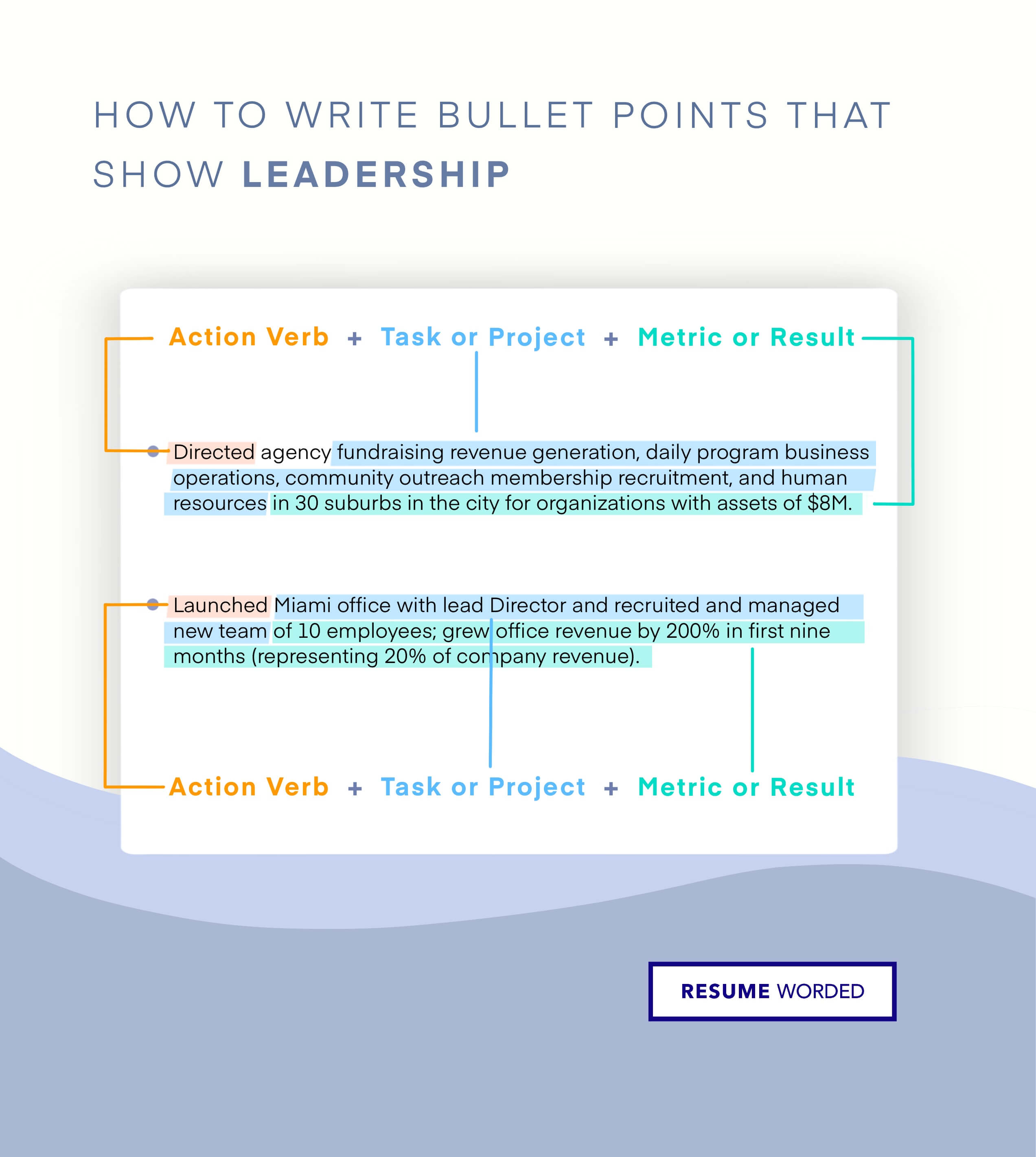 How to use Developed on a resume:

• Developed turnaround strategy for leading telecoms provider with annual losses of $50MM; resulted in 10% increase in revenue, or $5MM profit in first year.

How to use Founded on a resume:

• Founded ReferRoom to organize social events for 500 young professionals, and grew it to $20k/year revenue and $8k/year profit..

How to use Earned on a resume:

• Earned expedited promotion to Senior Analyst after one year as Analyst (earned by less than 1% of cohort).

How to use Performed on a resume:

• Performed a gap analysis by conducting a current state assessment to understand the inefficiencies associated with the existing manual business process.

How to use Designed on a resume:

• Designed and implemented an automated system for processing employee timesheets, eliminating the need for manual handwritten timesheets and resulted in a 10/hr per week time saving.

How to use Led on a resume:

• Led consolidation of 8 data systems into 1; resulted in over $55k in annual savings.

What is another word for Led on a resume?

You should vary up your language on your resume, instead of using Led over and over again. Good synonyms to use instead include:

What can I say instead of Led on a resume?

Here are some synonyms for commonly repeated words, like Led, I see on resumes:

If you haven't yet, you should probably use the free tool below that's designed to help you update your existing resume. You'll also find out if your resume can be read by resume screeners, as well as if it passes key criteria recruiters look for. Just upload your resume below to start. 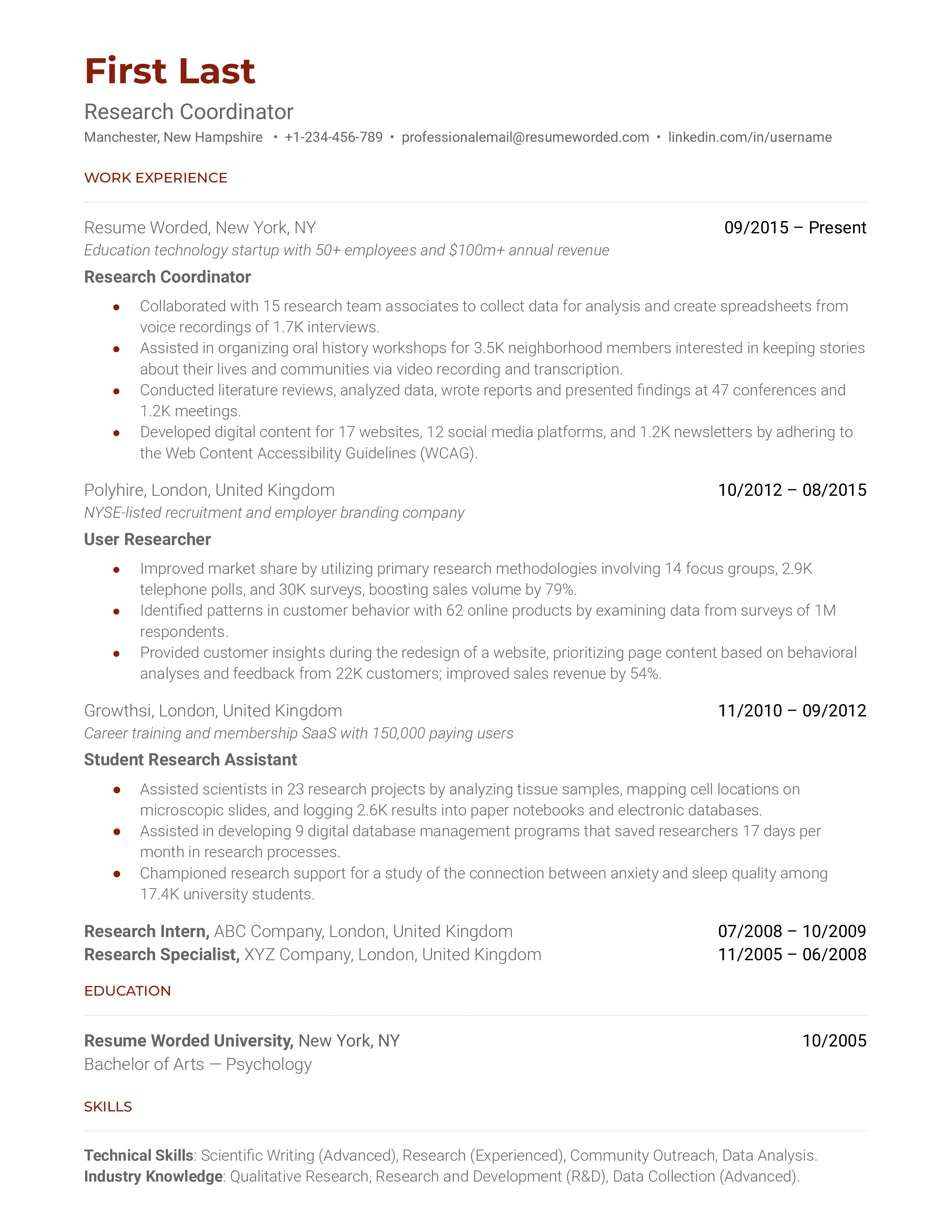 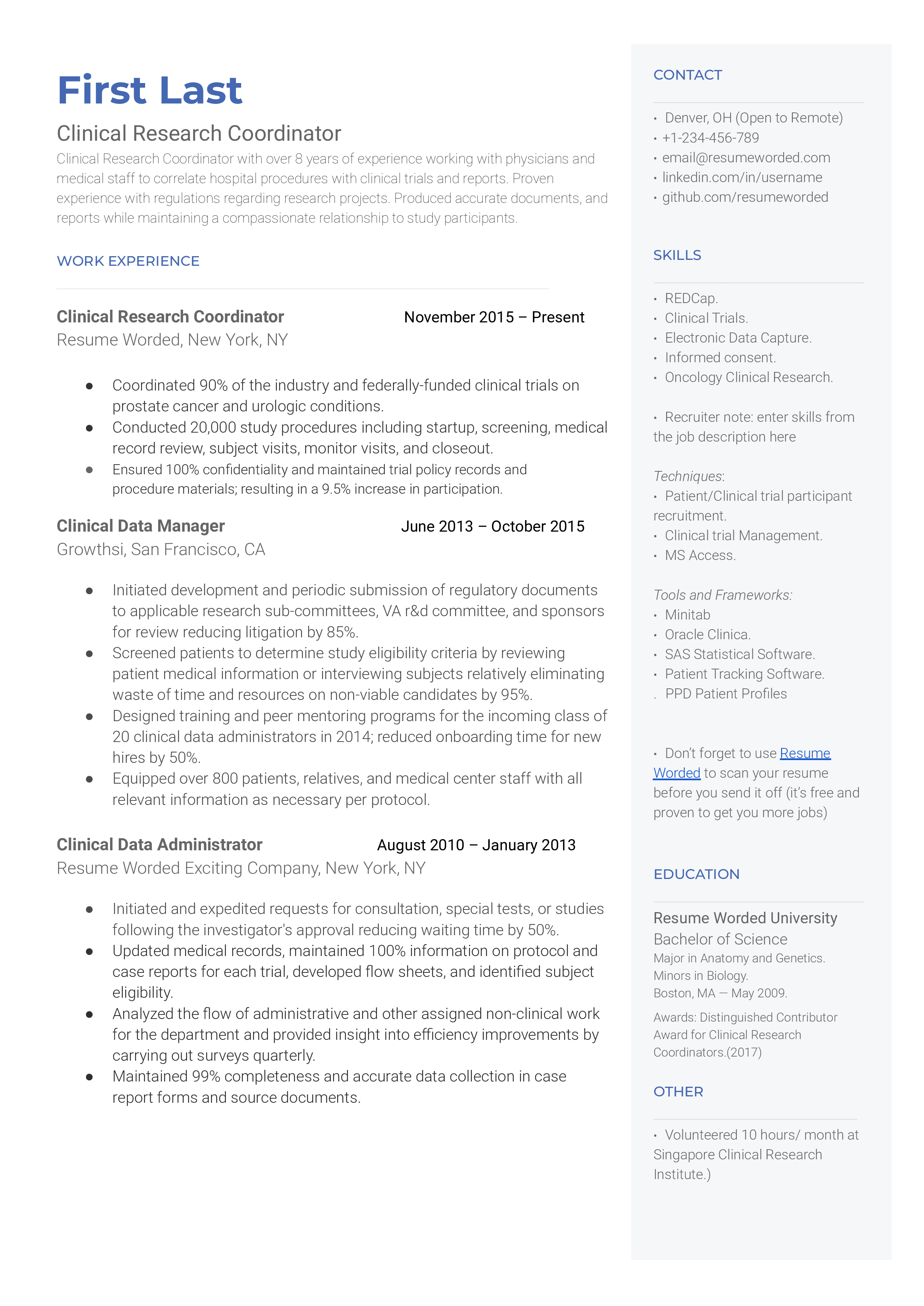 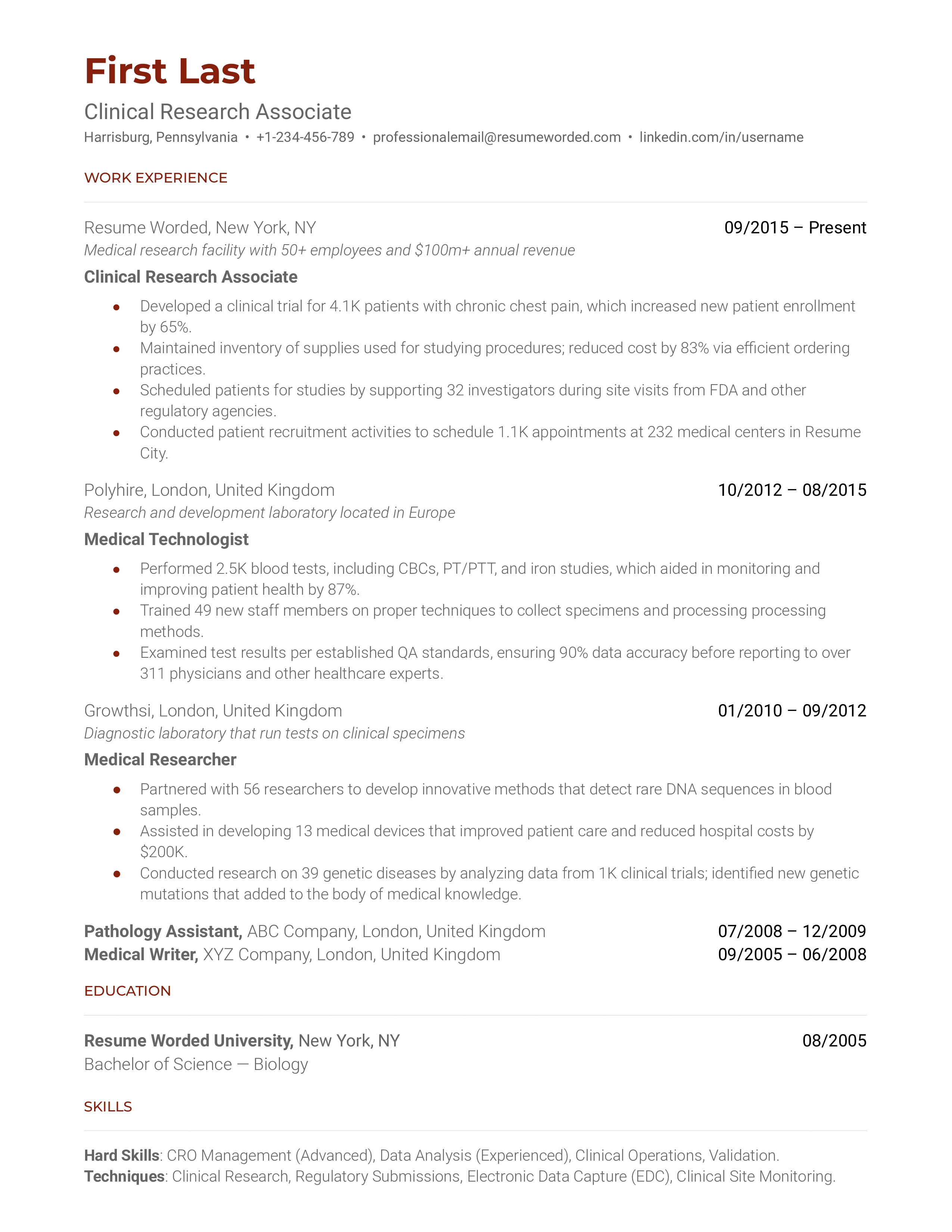 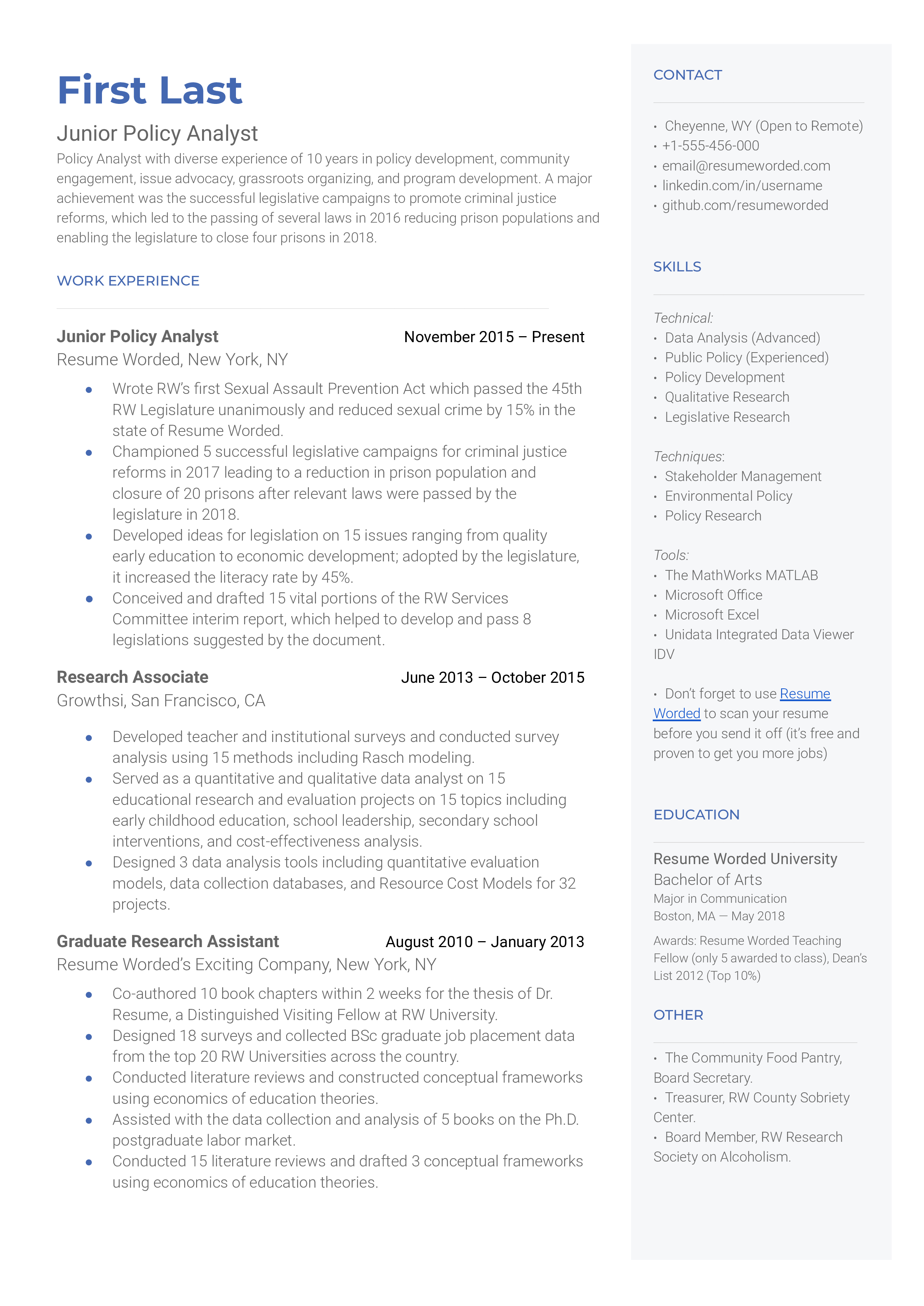 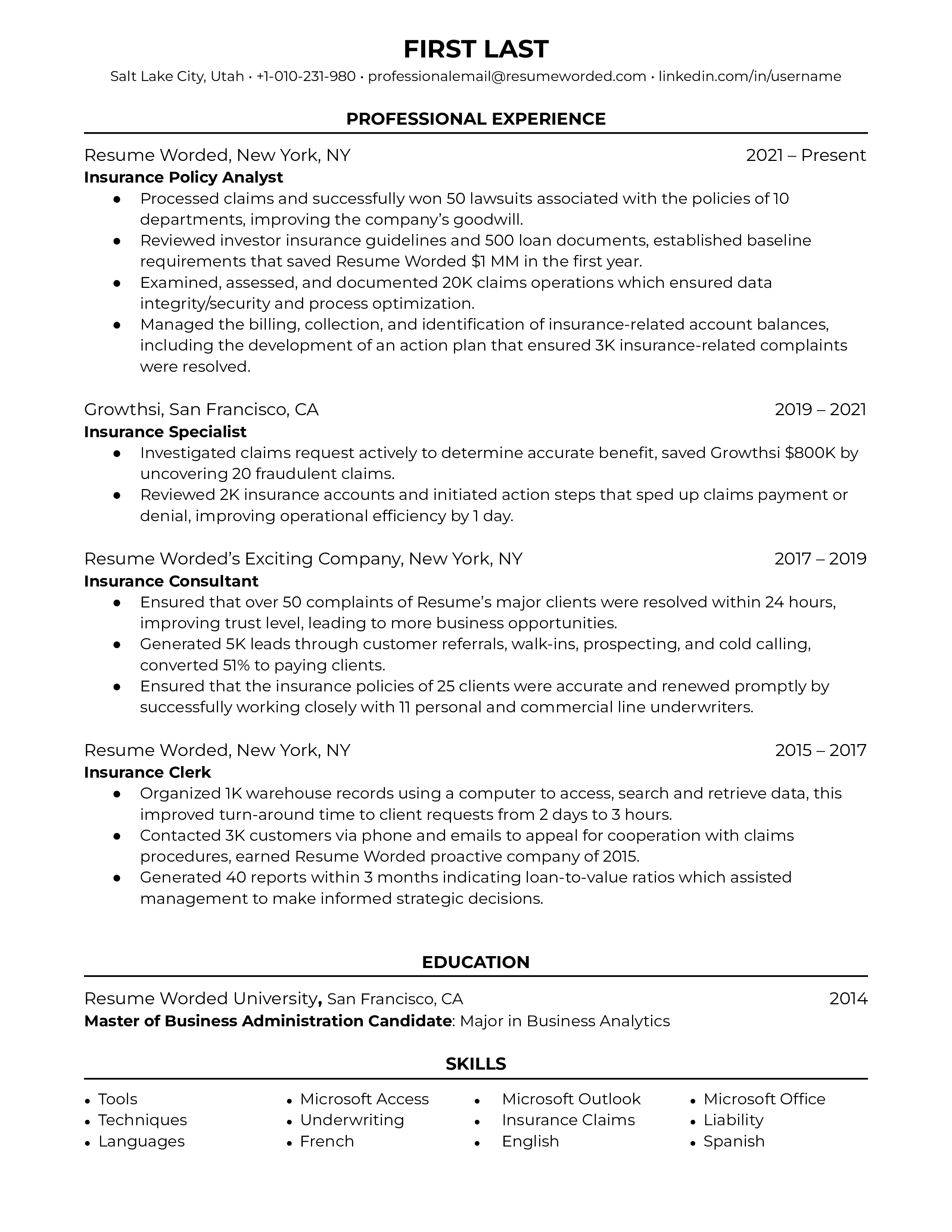 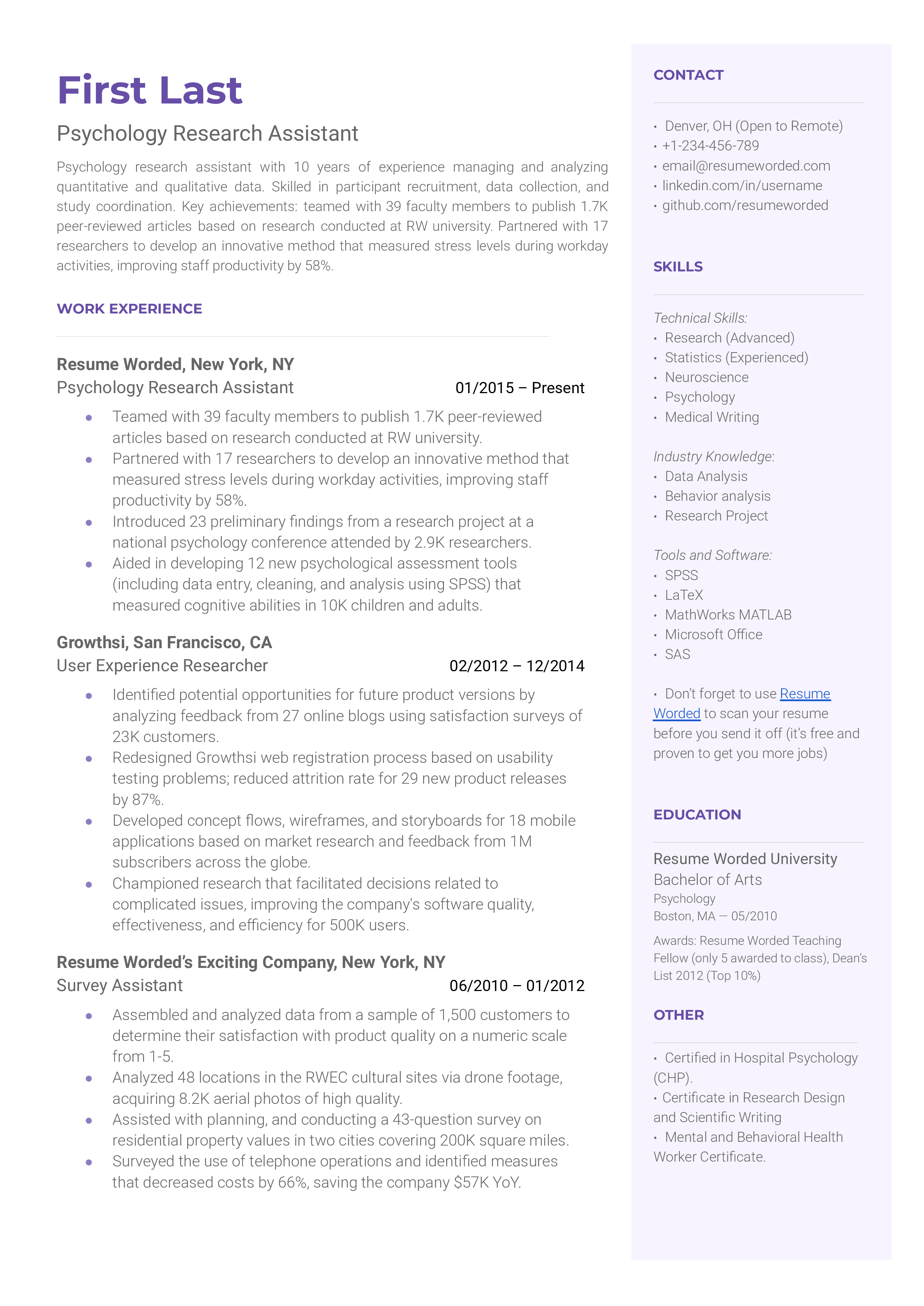 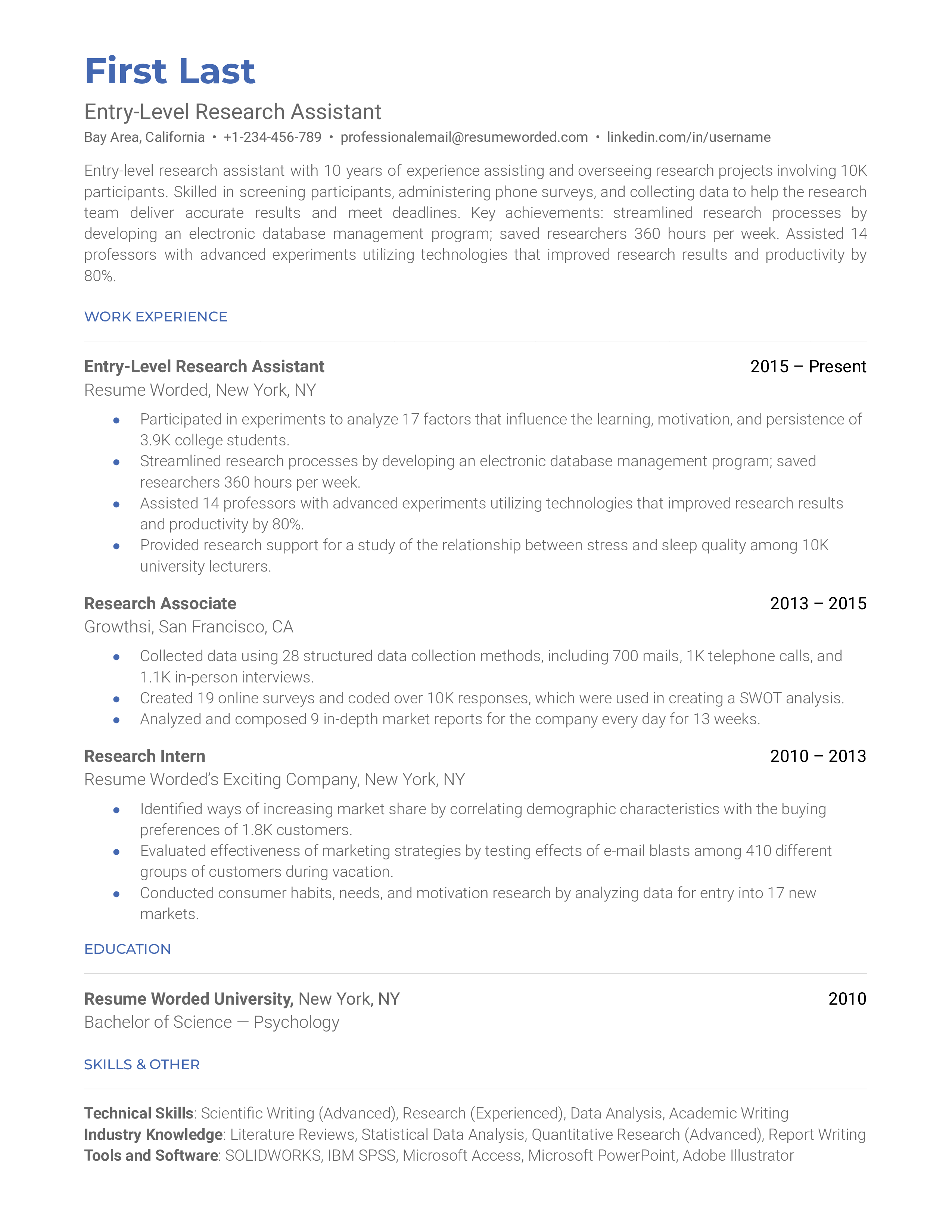 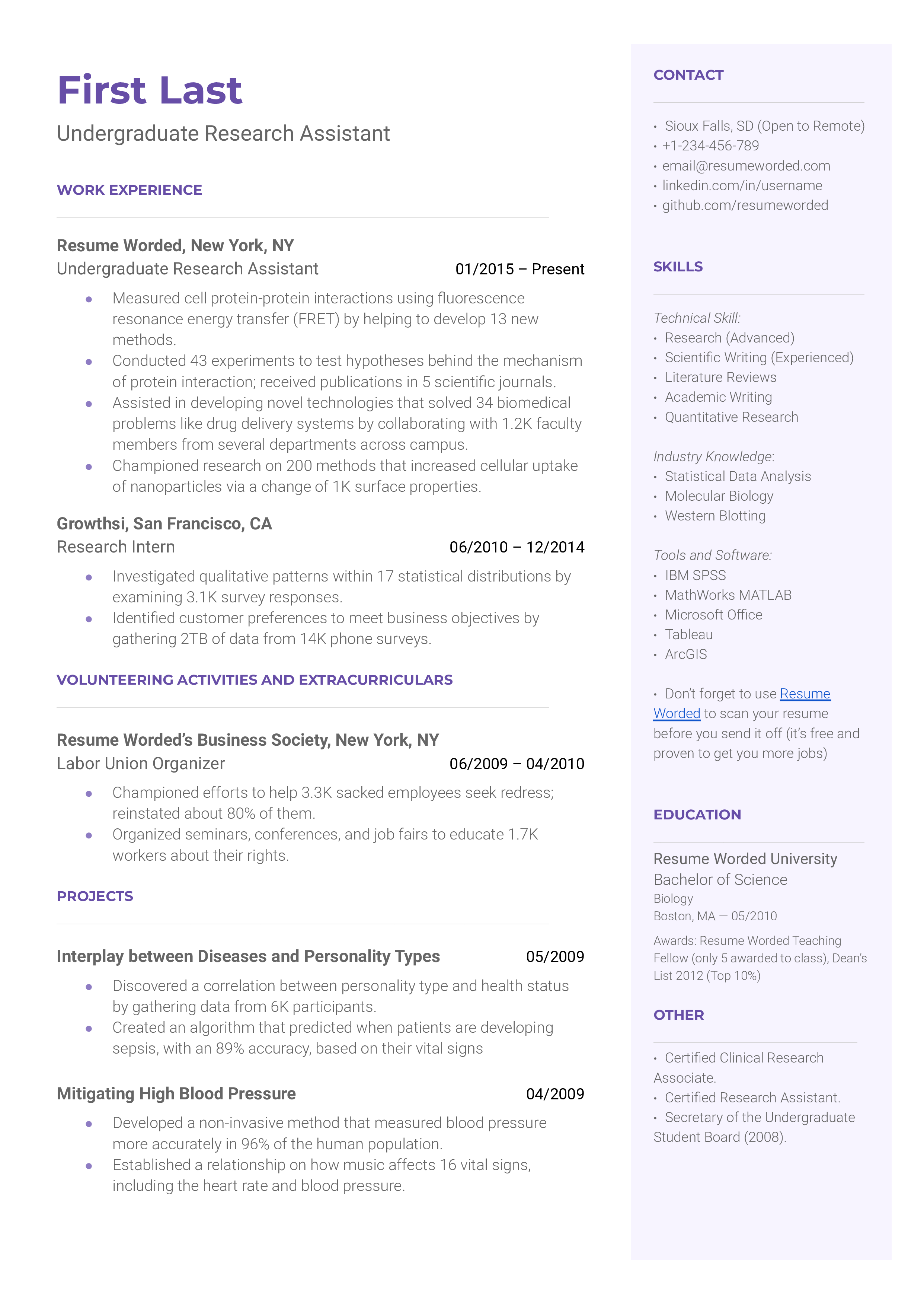 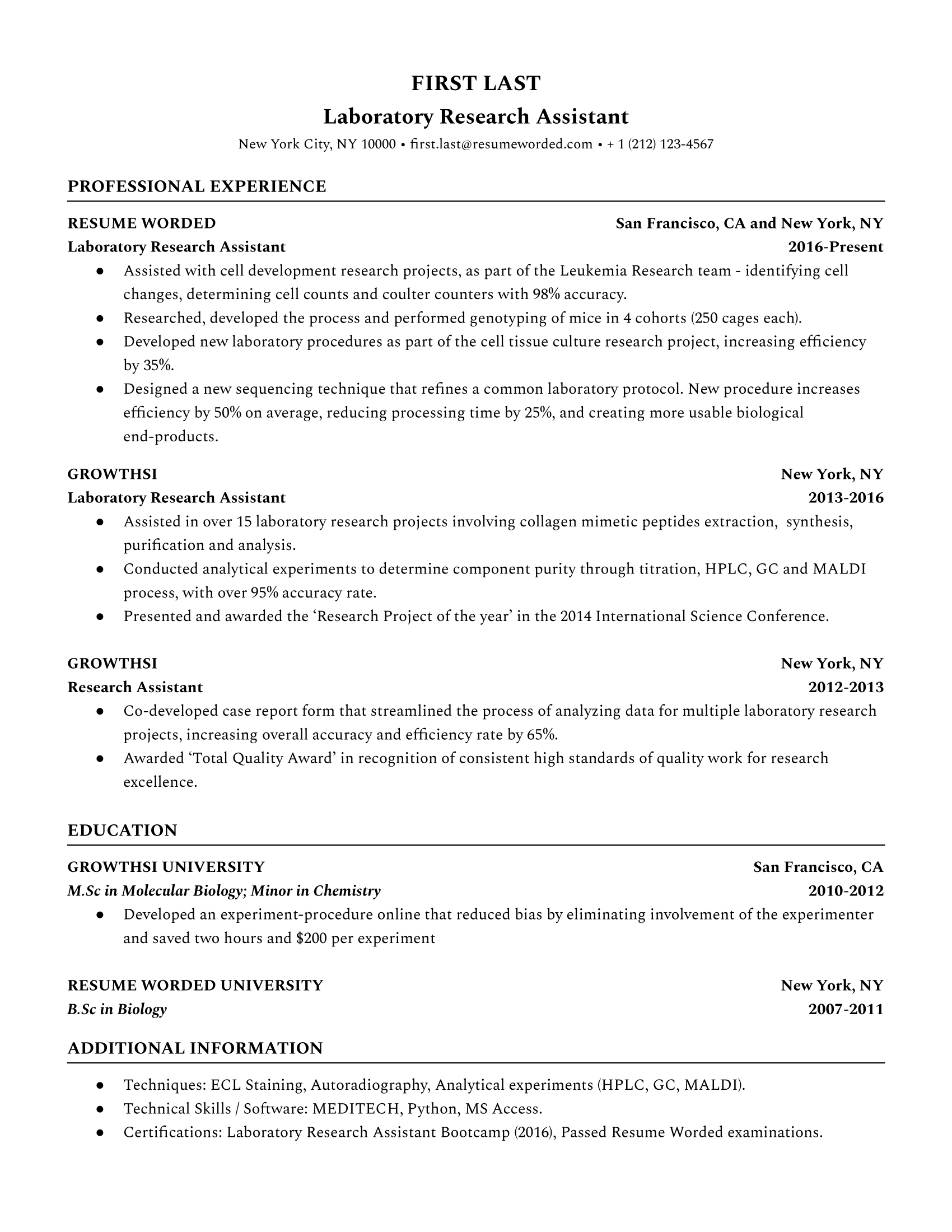 Claim your free resource
This resume checklist will get you more interviews.
We've interviewed 50+ hiring managers and recruiters and identified the 10 most important things they want to see on your resume.
Enter your email and we'll send you the free checklist right away. This resource is only available until Dec 11, 2022.
"Thank you for the resume checklist! I realized I was making so many mistakes on my resume that I've now fixed. I'm much more confident in my resume now."
- Stephanie C.

Claim your free resource
This LinkedIn checklist will double your network.
We've interviewed 15+ LinkedIn experts and hiring managers to identify the easiest and most effective things to do to improve your LinkedIn profile's reach, discoverability and connections.
Enter your email and we'll send you the free checklist right away. This resource is only available until Dec 11, 2022.
Thank you for the LinkedIn checklist! I realized I was making so many mistakes on my profile that I've now fixed. I'm already seeing more views to my profile and it's only been three days."
- Hayden C.

Claim the free resource for career changers
This checklist will make your job search 10x easier.
We've interviewed 50+ hiring managers and past career changers to find out how you can be more successful in your job search. We've condensed their insights into this step-by-step checklist, and packed it with insider tools and strategies you won't get anywhere else.
Enter your email and we'll send it to you right away. This resource is only available until Dec 12, 2022.
This checklist was critical through my career change. Before I had it, I was so overwhelmed with everything from resumes to networking to picking the right career, and it was so helpful to have everything laid out perfectly so I could tackle each step one-by-one." - Kimberley T.
What's inside...
Is your resume good enough?
Find out why you aren't getting as many callbacks as you should with a free resume review.
In just 30 seconds, we'll score it on key criteria hiring managers look for and tell you if it falls short.